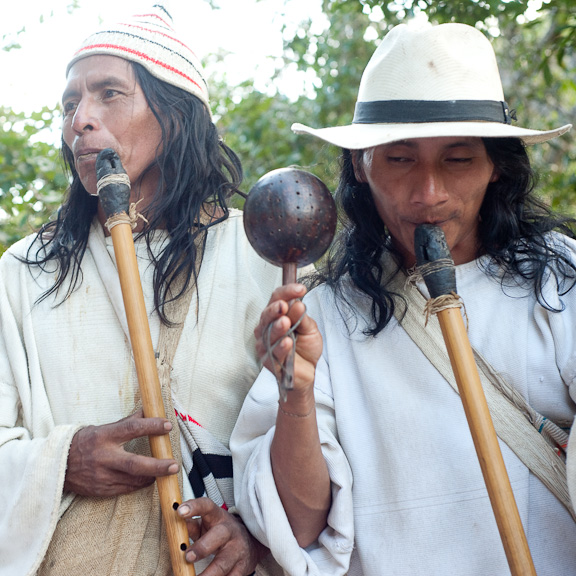 It’s our 5th year of working with the Kogi, Wiwa, Arhuaco and Kankuamo Elders at the Teyuna Foundation.

We’re in the process of launching Teyuna Foundation Colombia.

We’re grateful to our supporters for recognizing the importance of connecting to nature through those who live to support Her.

We’re grateful for the ever deepening relationships with Elders who have become family and for the teachings that have brought us so much closer to understanding our connection to all that is and to ourselves.

These are big goals, but we believe we can accomplish them and will if our dreams and the Mamos and Zagas wishes through divination are meant to be. Thank you for you interest and support.

In the fall of 2021 we launched Bunshanduna Wisdom School with Mamo Senshina, Habba Ulaka and Abu Santa. Our spring/summer 2022 semester will be announced soon. We have been looking for a permanent home for Bunshanduna since late 2020 and believe we have finally found the perfect location and are actively working on securing it.

We’re developing solid relationships with organizations in Colombia and are working hard at a grassroots level to get very clear on our work on the ground and strengthen it. Since we began our journey with the Teyuna it’s occurred that there were many organizations and much confusion. It’s an easy place to spin wheels. It seems sometimes as if everyone has a brick, but no one can build a home. We need to join forces. Our working relationship with Vientos Alisios, Organización Shinawindua Kunshama and Patrnato Inca have implemented successful projects on environmental and traditional education, forest ecosystem conservation, reforestation and rural sustainable development. We are very inspired by the work we can do together.

We’re grateful to continue to share the Mamos and Zagas teachings with hundreds of people and most importantly, to inspire deep hope.

You can read about some of our work below. Each project has very interesting general information about the Teyuna as well. Please view and email us if you have any questions or would like to make a tax-deductible donation or use the QR code at the bottom of the page to donate now. Thank you for your interest.

Supported Kogi-Wiwa Mamo Senchina and Habba Maria Luisa Nakogui Mojica in fostering  Shindwa Wisdom School. Shindwa is the spiritual foundation of the Law of Origin based in traditional music, vibratory principles that sustain the existence of all living beings. Furthermore, the Law of Origin is a set of teaching codes that:

It is the duty of the Teyuna to preserve the tradition that originates in the Law of Origin.

We live in an era in which technology has absorbed people, and the aspect of sharing time with one another or socializing with our neighbors people on a day-to-day basis has been lost. In our Ungumas (communities) we aim to bring together indigenous and non-indigenous to socialize and share time with one another; and impart the teachings of the law of origin.

During colonization, a Mhuysqa Elder, knowing that his culture and his people would be lost to the Spanish, traveled from what is now known as Cundinamarca, formerly the home of thousands of Mhuysqa and other ethnic groups, to the Sierra Nevada de Santa Marta and implored Kogi Mama Aluka, Habba’s father, to preserve the Mhuysqa teachings and return them to the Mhuysqa descendants when the time was right. Mama Aluka, in the last years of his physical life, traveled from the Sierra to the Andes to help the Mhuysqa and other Amerindian descendants re-member their culture. Mamo and Habba have inherited this mission and are committed to furthering it in Ubaté, fulfilling a very important prophecy: $90,000.00

The construction of three temples that serve Yuimᵾke, Seyamᵾke, Bunkuawimᵾke, Shebukumᵾke, Wadziumᵾke, Mulkueise and Ulimaka: 2,418 Kogi and Wiwa people – 300 families including 934 children under 15 years of age, in a region known as Rio Jerez to Colombians and Shinshitʉhkwa to the Indigenous, in the municipality of Dibulla in the Sierra Nevada de Santa Marta, state of La Guajira, Colombia.

You can read the project proposal here.

The Teyuna Foundation funded the re-building of 20 traditional homes and 1 Nujué (female ceremonial house) for Kogi Nuanezhaka families who lost their homes and temple in recent fires.

Nuanezhaka is one of three Kogi communities located on the north side of the Sierra Nevada de Santa Marta facing the Caribbean Sea. Colombians know the area as Mamey, in the municipality of Dibulla, Colombia.

You can read the proposal here  or here for a Spanish version.

Thank you for your interest! If you’d like to support these beautiful people, link to our donate page or scan the QR code below to donate via paypal.